I'd love to send you a Crochet Planner!

You’ll not only fall in love with this free pattern for an easy men’s crochet scarf but also the Lion Brand Color Made Easy yarn. 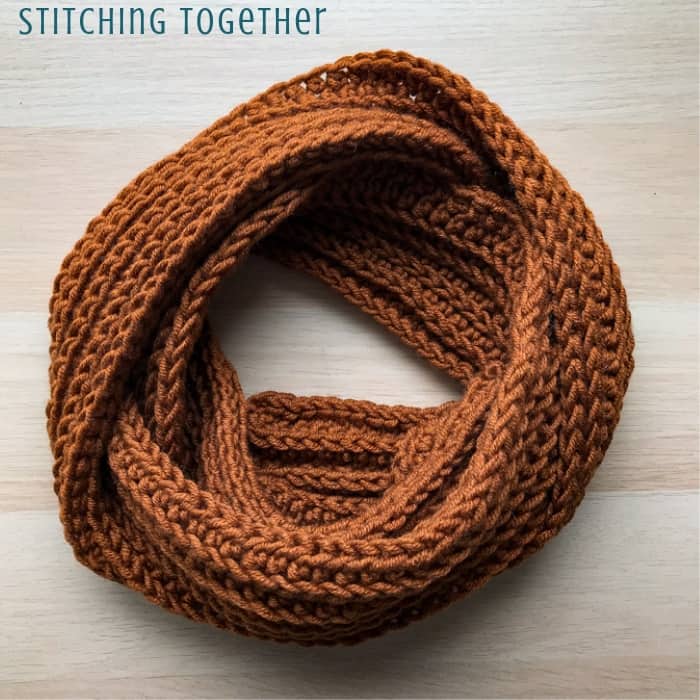 I don’t know about you, but I like big scarves. Like giant, over-sized, super scarves. If it’s a huge infinity scarf, even better!

But I can’t just make all the scarves or scarf patterns for me and I know there are people out there who prefer thinner, smaller scarves.

I assume those people are men but I really have ZERO data to back this up.

So I set out to make a thinner scarf that’ll work up quickly and can be used primiarily for guys but really, for anyone.

At the very least, I think this makes a great, easy unisex scarf which will look great on a guy or gal. (Some scarves just are not guy-friendly, ya know?) You could also pair it with the Penny Crochet Scarf and give it as a great his and her gift.

How wide should a men’s crochet scarf be?

In general a men’s crochet scarf should be 4-15″ wide with 4″ giving you a fairly slender scarf for those guys who don’t like a lot of bulk around their necks.

This easy crochet mens scarf measures in at about 4.5″ so it is on the thinner side which is nice when paired with chunky yarn. 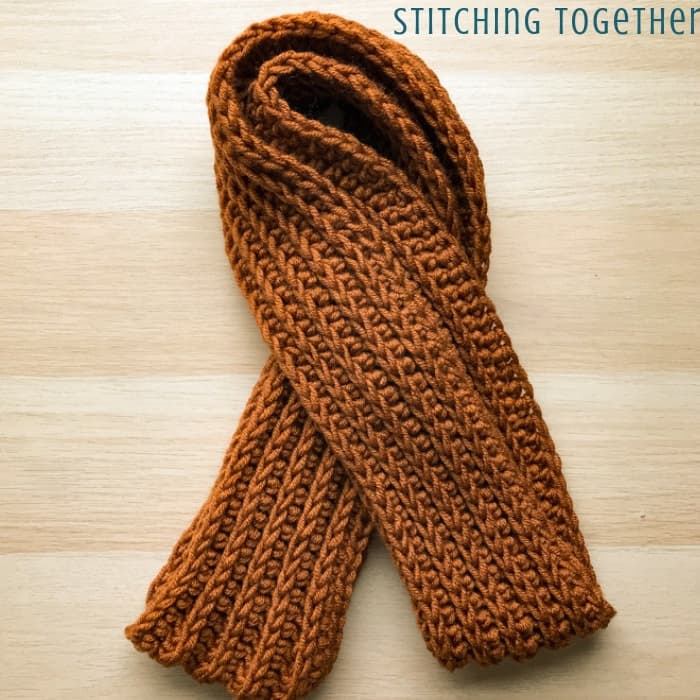 Have you tried Color Made Easy Yarn yet?

Color Made Easy Yarn by Lion Brand is an amazing 100% acrylic #5 bulky yarn with a perfect amount of squish. Ever since I found out that Joann’s Big Twist Chunky Yarn, which I used in the Easy HDC Blanket was discontinued, I’ve been on the hunt for a similar bulky yarn.

I was thrilled when I found Color Made Easy online at Joann’s for a ridiculously inexpensive price for 3 packs, so I placed a huge order, enough for both me and my friend to make blankets and more.

When the box came, it was so much smaller than I expected! Whomp Whomp.

I should have known the deal was too good to be true.

Joann’s had mislabeled the listings on their website so we received individual skeins instead of 3 packs.

They were super quick to fix it both for me and on their website but I had less yarn than expected. (Waiting for yarn to arrive is not my specialty!)

I’ve found Color Made Easy in a few local stores which is so nice to be able to feel a new yarn before you try it. You can also order online directly from Lion Brand where you can get all the colors! 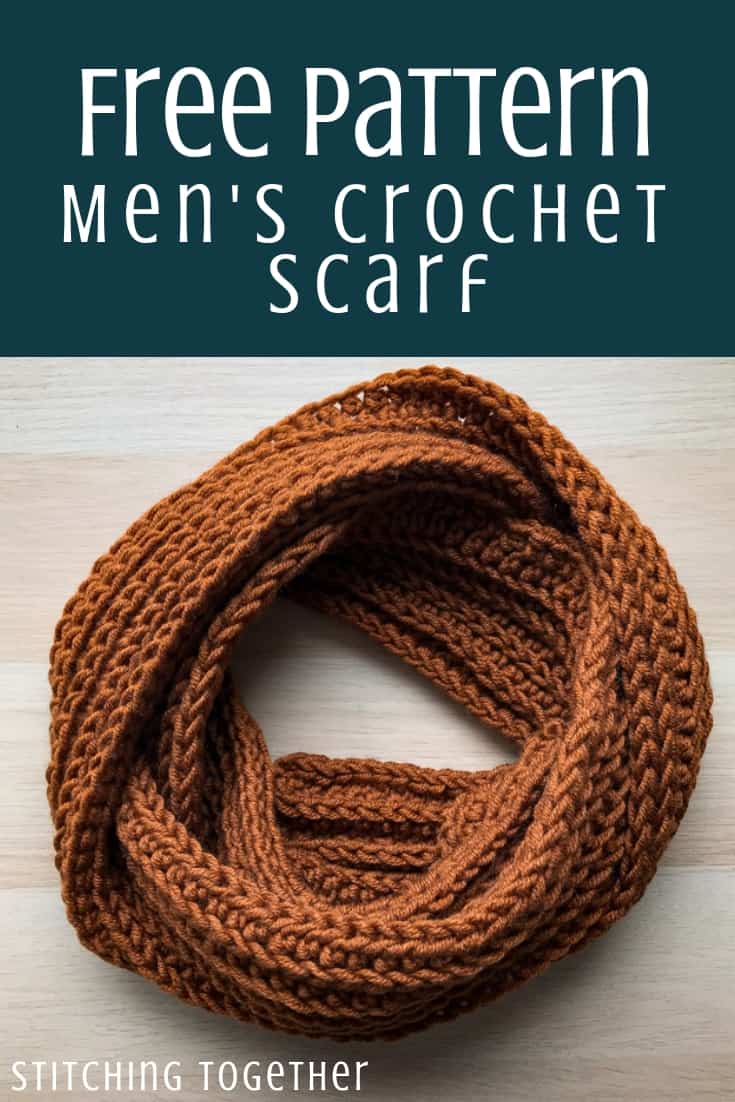 Looking for an ad-free PDF of this pattern? You can purchase one here:

Save time and shop the materials online!

The scarf is made working lengthwise which means many starting stitches but few rows!

Using a foundation half double crochet will give a stretchier and more flexible base to your scarf than starting with a chain. It helps to have that extra flexibility especially when working across a long length like this scarf.

The amazing knit looking texture is made by working up through the third loop of the half double crochet. It is the same concept used in the round for the North Shore Crochet Scarf Pattern, but instead of the third loop being at the backside of the stitches, it is on the front side when working in rows. 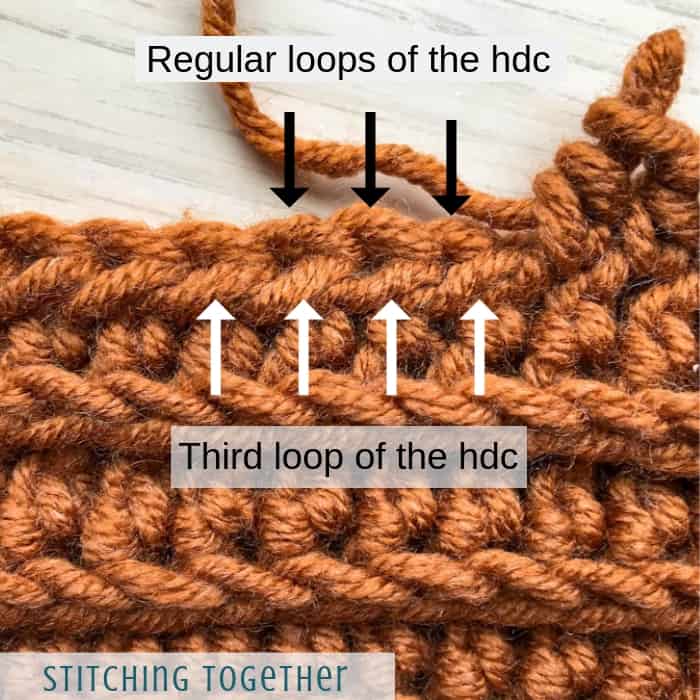 As you work, the top loops of the stitches will start to bend back and you’ll find it easier and quicker to work up through that third loop. 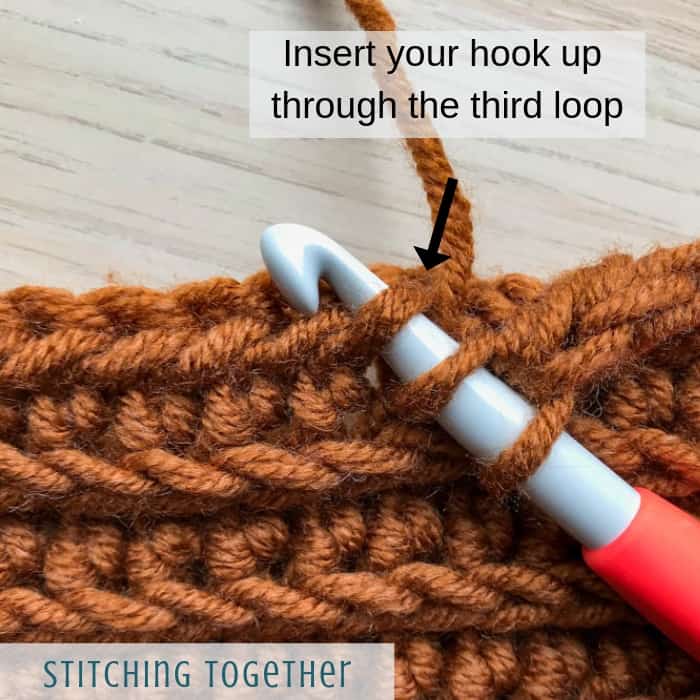 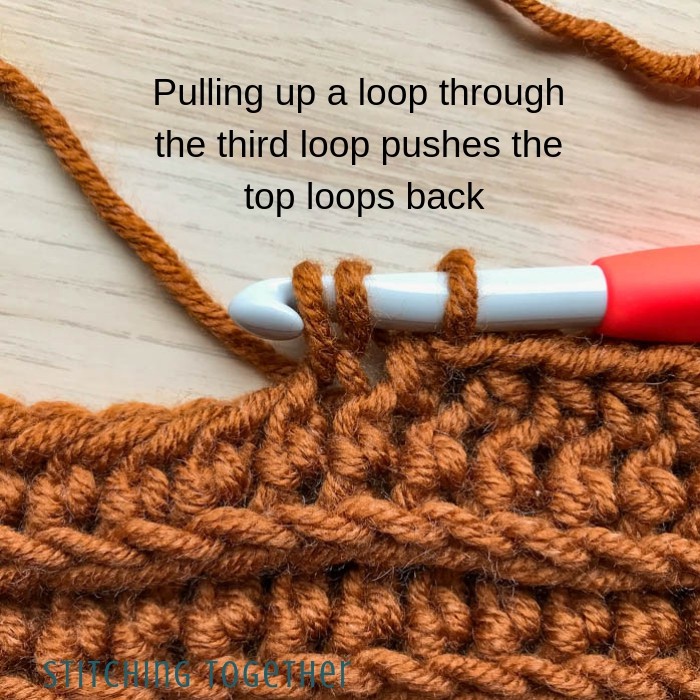 R2: ch 1, Working up through the third loop (see stitch instruction), hdc in each st, turn.

Repeat row 2 for a total of 10 rows. Fasten off and weave in ends.

I hope you enjoyed this Mens Scarf Free Crochet Pattern. Would you share pics of your finished projects? You can do that several ways:

Would you like to see more free men’s crochet scarf patterns? Leave a comment and let me know!